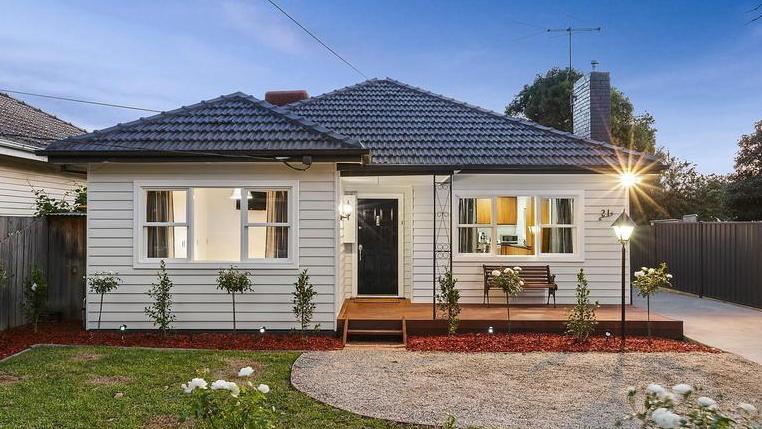 BUYERS rejoice — Melbourne’s roaring property market has been tipped to “come off” a bit in 2018.Experts say some heat came out of the market at the end of this year, with auction clearance rates dipping into the 60 per cent-range, suggesting formerly seller-biased conditions had swung slightly in favour of buyers.But prices are still expected to grow, albeit at a slower rate, with demand for houses to remain strong and a first-home buyer resurgence, plus reduced development activity, to help the apartment market recover ground.“The housing market still has petrol in the tank, but it can’t keep up at the level it has been,” Advantage Property Consulting director Frank Valentic said.“We’ve had phenomenal growth, in some suburbs 20-40 per cent. I think it will revert back to 10-15 per cent.”The buyer’s advocate said there was room to grow in middle and outer Melbourne, especially in the north, west and outer southeast.Frank Valentic, of Adventage Property. For HeraldAdvantage Property Consulting’s Frank Valentic tipped moderated price growth for 2018.There was no suggestion official interest rates would go up next year, with that more likely to occur in 2019, he said.Mr Valentic tipped 2018 to be “the year of the first-home buyer”, with the revival sparked by the Victorian Government’s stamp duty concessions from July 1 to continue.This would help the city’s apartment market, which was increasingly being targeted by entry-level buyers, he said.Nerida Conisbee REA Group Chief EconomistNerida Conisbee expected a “flatter” market next year.Realestate.com.au chief economist Nerida Conisbee said next year would be “more of a buyer’s market”, with first-home buyers to surge and investors to pull back due to difficulties obtaining finance.She said reduced clearance rates at the end of 2017 suggested 2018’s market would be “flatter”.But the fact the development pipeline had slowed could help prices improve in the unit sector.WBP executive chairman and chief executive GrevillWBP executive chairman and chief executive Greville Pabst said the state and possible federal elections could play a role in the market.WBP Group chief executive Greville Pabst expected price gains to “come off” to a rate of 6-9 per cent in 2018.He said the fact a state, and possibly federal election would be held could create uncertainty among investors, and affordability issues would continue to keep young people in the rental market.Real Estate Institute of Victoria president Richard Simpson tipped moderate price growth for the first half of 2018, followed by a boost in spring.Real Estate Institute of Victoria president RicharReal Estate Institute of Victoria president Richard Simpson tipped population growth to continue to drive demand for housing.He expected Melbourne’s auction market to wait until March to really kick off, and strong population growth to “continue to drive demand for housing”, notably in affordable areas.After a “considerable adjustment period”, Victoria’s new underquoting laws had also started to truly benefit buyers, Mr Simpson said.Danielle and Will Walters plan to list their Ivanhoe home of four years at 122 Bond St in January.Ms Walters said they fully renovated and extended the ‘50s house and had decided to sell to move on to their next project — and attempt to cash in on Melbourne’s hothouse market.2018 PROPERTY MARKET FORECAST-Price growth to moderate-Slight swing in favour of buyers-First-home buyers to be active, investors to pull back-Official interest rates to remain unchanged-Auction market to start slowly, really kicking off in March-Underquoting laws to benefit buyers-State and possible federal election to create uncertainty
-Affordability to remain a problem for entry-level buyers
Share on facebook
Share on twitter
Share on linkedin
Share on email